The United States Premier Hockey League is proud to announce the results of its 2021 NCDC Futures Draft.

The Futures Draft was held during a meeting of coaches and League officials at Saddlebrook Resort and Spa in Wesley Chapel, Fla., the lodging base for the Hub City Tampa ongoing event.

NCDC teams selected players born in the years 2005 and 2006 for upcoming seasons beyond 2021-22. Teams will select players more likely to play in 2021-22 (and beyond) in the NCDC Entry Draft, which is traditionally held in May each season. The 2020 NCDC Entry Draft was held in June 2020, due to delays related to the coronavirus pandemic.

The United States Premier Hockey League was honored to have its six-week Hub City Tampa event lauded by ESPN's John Buccigross, the leading hockey broadcaster and promoter for the "Worldwide Leader In Sports."

To his audience of more than 395,000 followers, Buccigross tweeted the following:

As junior leagues throughout North America shut down or cancelled seasons the @USPHL got creative and created a Hub event in Tampa to keep the kids playing while putting safety first for players, coaches & staff. 40+ teams from all over the US headed to Tampa including... pic.twitter.com/DtAzfkEGBI

All games broadcast on @myhockeytv. Teams living in condominium suites at the Saddlebrook Resort. Masks & social distancing when indoors except for when in suite, locker room or on ice.
Off ice recreation at Saddlebrook: golf, tennis, fishing, swimming Ect. pic.twitter.com/a9e8aA0PVh

Buccigross began working for ESPN in 1996, making 2021 his 25th anniversary at the network. He has proven to be the biggest supporter of the sport of hockey at ESPN, formerly hosting the network's NHL 2Night program. In 2010, he began the "#bucciovertimechallenge" on Twitter, offering the public to win merchandise with that hashtag if they are the first to correctly predict the overtime game-winning goal-scorer in an NHL game, and he's also expanded that promotion to other leagues, including the NCAA.

The USPHL thanks John Buccigross for his support of the Hub City Tampa event, and will continue to provide unprecedented access to hockey games for its players during the COVID-19 pandemic in a specially-designed controlled community environment where the health and safety of its players and staff is the top priority.

O'Connor was listed on the game night roster on Tuesday. He was one of the 2017-18 Junior Bruins' standouts on their first NCDC team, posting 13 goals and 26 assists for 39 points in 49 games. He then went on to an award-winning career at Dartmouth College that saw All-Ivy League Second Team honors in 2019 and a Co-Ivy League Player Of The Year nod last spring.  Last season also saw him make the ECAC Hockey First All-Star Team, All-Ivy First Team and New England Hockey Writers Division I All-Star Team.

"It’s been kind of a long journey,” said the 1998-born native of Chatham, N.J., in a Jan. 23 video call. “There was a point in time when I was kind of just battling to just get on a college team. To be in this position, I’m very thankful. It’s all the work that I’ve put in paying off potentially. It’s definitely a cool spot to be in now.”

Since signing with the Penguins' AHL affiliate in Wilkes-Barre/Scranton last spring, O'Connor moved on to play the first half of this hockey season like no other in Norway for Manglerud. There, he posted a 6-4-10 line in his first seven pro games.

O'Connor commented on his pro hockey baptism in Norway.

"Going to the rink every day, trying to get better every day. Working out, skating, doing extra things to just kind of work on my game. Being ready to play every game. That was super helpful for me to get a little taste of that pro hockey life for sure.”

“Our hockey [operations] department did their homework on Drew,” said Penguins Head Coach Mike Sullivan. “He was a sought-after guy coming out of Dartmouth. We knew he was a good player coming [into training camp]. You can see his physical stature. He’s a big kid. He’s strong on the puck. He’s a good skater. He has good poise. He has a lot of the attributes that I think can potentially translate into being a real good pro.”

O'Connor has been enjoying his time with the Penguins, skating alongside current legends like Evgeni Malkin and Sidney Crosby, borrowing his stick at one point during camp to score a goal.

"It's pretty funny, people text me and ask me if they could get that stick," said O'Connor. "It was a pretty cool moment. I'm starting to get a little more used to it, but it was definitely a little bit at first crazy being on the ice with some of those guys."

Although Tuesday night will be his maiden voyage in the NHL, he will join a long list of former Junior Bruins and USPHL alumni playing in the NHL. One such league alumni is Penguins teammate John Marino, who was on the South Shore Kings' first two USPHL Premier teams.

Another Penguins teammate, Brian Dumoulin, formerly played with the New Hampshire Jr. Monarchs prior to their entry into the USPHL.

Most recently, NHL Central Scouting identified 13 USPHL players - including 12 in the Tier-2 National Collegiate Development Conference (NCDC) - as Players To Watch for the 2021 NHL Entry Draft.

Click image below to go to store site. Online store closes Feb. 7. Please note: Pickup at Saddlebrook Resort is no longer available as an option. 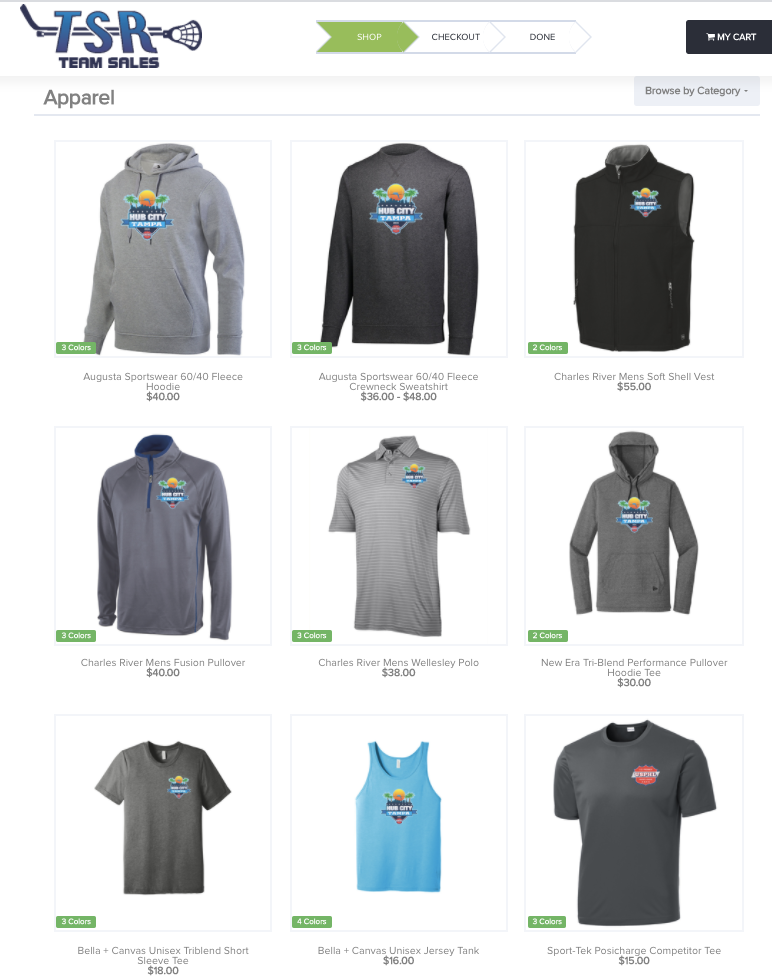 The United States Premier Hockey League is proud to announce its plans to bring teams from across its coast-to-coast footprint - the largest in all of North American Junior Hockey - to Tampa, Florida, for a Hub City concept with the health and wellness of players and staff as a top priority. The USPHL is partnering with Saddlebrook Resort (“Saddlebrook”), a multi-dimensional Tampa Resort and Conference Center, and AdventHealth Center Ice, a state-of-the-art 4-sheet, full-service ice hockey facility, to provide our teams a dedicated environment to execute our high-performance training and competition model and provide our players a tremendous opportunity to showcase their talents to all the professional and collegiate programs in the country.

Saddlebrook and AdventHealth Center Ice provide the USPHL Coaches and Staff all the necessary facilities to execute the USPHL Player Development Model in a contained, safe environment. Each week, USPHL Teams will have multiple on-ice practices, continue their off-ice strength and conditioning regiments, and have team and one-on-one video analysis. Dedicated space will be provided for all online/virtual students to ensure uninterrupted learning. Equally important, the Hub City Event will provide players a competitive 20-game schedule not currently available to them due to ever-changing travel restrictions across the country. All games will be carried on the new USPHL/HockeyTV channel set to be launched on January 1st.

The Hub City Concept provides a unique opportunity for the USPHL to isolate its players at Saddlebrook while away from the AdventHealth Center Ice, resulting in a safe atmosphere for all the athletes. Saddlebrook Resort has made a name for itself as one of the nation’s preeminent training facilities for athletes and features two adjacent fitness centers that total over 6,000 sq. ft., multiple volleyball and basketball courts, and a FieldTurf training field, along with three swimming pools, two Arnold Palmer signature golf courses and a championship tennis complex. Team building and non-hockey experiences will be situated solely at Saddlebrook.

All USPHL safety protocols addressing the concerns surrounding the dissemination of COVID-19, including, but not limited to, guidelines regarding travel, facility management and any hockey/sport-related policies will remain in effect. The USPHL will have trained medical staff on site throughout the duration of the Hub City Event.

Saddlebrook and AdventHealth Center Ice provide the USPHL Coaches and Staff all the necessary facilities to execute the USPHL Player Development Model in a contained, safe environment. Each week, USPHL Teams will have multiple on-ice practices, continue their off-ice strength and conditioning regiments, and have team and one-on-one video analysis. Dedicated space will be provided for all online/virtual students to ensure uninterrupted learning. Equally important, the Hub City Event will provide players a competitive 20-game schedule not currently available to them due to ever-changing travel restrictions across the country. All games will be carried on the new USPHL/HockeyTV channel set to be launched on January 1st.