Volonnino shines on the ice, matures off it as he targets Div. 1

This article appears in the March edition of New York Hockey Journal. View the article in digital format at: http://digital.nyhockeyjournal.com/nxtbooks/seamans/nyhj_201503/index.php#/28

The Jersey Hitmen have a long history of player promotion — a list that, according to the team’s website, includes 198 college commitments and five alumni in the NHL. This season alone, the organization boasts 19 commitments spread out across its Premier team (15), 18U (3) and 16U (1) program.

With a strong 2014-15 season, one in which he averaged a point per game, uncommitted forward Matt Volonnino (Hackettstown, N.J.) desires to add his name to the long list of Division 1 players the Hitmen can call alumni.
After beginning his hockey career in the New Jersey Devils Youth (AYHL) program for his Squirt through Bantam minor years, Volonnino played one season with the New Jersey Colonials before moving on to the New Jersey Rockets, where he skated alongside current Division 1 players Zach Aston-Reese (Staten Island, N.Y./Northeastern) and Robert Darrar (Monroe, N.J./Vermont).

“Playing with Zach and Robbie was a great experience,” Volonnino said. “I enjoyed my time with them. We had good chemistry and played really well together. I am glad that they are having success.”

During his time with the Rockets, Volonnino played a handful of games with the Chicago Steel (USHL) and the Amarillo Bulls (NAHL) before eventually finding a home with the Odessa Jackalopes (NAHL).
Volonnino spent one season with Odessa, registering 21 points (10 goals, 11 assists) in 47 games before making a decision to return to the Tri-State area to play for the Hitmen.

“I enjoyed my time away from home, and I really recommend that all players do that at some point in their career,” he said. “It is so important to your development to be away from home and learning how to be independent. In my case, it helped that my host family was so great, but the entire experience was part of my development, and I would not change any of it.”

Volonnino was not the first member of his family to leave the state of New Jersey to play at higher levels of junior hockey, as Matt’s older brother, Chris, played with the Lincoln Stars (USHL) and the Janesville Jets (NAHL) before having a successful ACHA career with the University of Delaware (2010-14).

“Chris and I did not talk about my move to Texas much because he was already into his college career when it happened,” Volonnino said. “But I am sure he would have had good advice to offer.”

Although Volonnino valued his time in Odessa, in making his 2013-14 plans, it was important to play in a more visible environment. At the Ice Vault, having a visible scouting presence at every Hitmen game is certainly an attractive card to hold for recruiting purposes.

“I think that it was tough to be seen in Texas,” Volonnino reflected. “Scouts just aren’t traveling that far south. Sure you can be seen on video or at league showcases, but as a general statement, scouting attendance was not strong, and being seen was something I wanted.

“With the Hitmen, there are scouts at every game — college and pro. When we travel up to the northern teams, the scouting presence increases significantly, but even at our building for regular-season home games, you can definitely tell there are scouts in the building.”

Prior to joining the Hitmen, one of the first things that Volonnino had to overcome was the stereotype that is often associated with playing for the Hitmen.

“When I was playing for other organizations, you could tell that there was a certain rivalry with the Hitmen,” he said. “I think that, for many players, it has to do with the ‘Hitmen Way’ and really a misunderstanding of what it means to be a Hitman.

So to Volonnino, what does it mean to be Hitman?

“Being a Hitman is a responsibility to have a commitment to the program,” he said. “There’s a work ethic involved that’s about more than just the game on the ice; there’s a commitment to video sessions and off-ice training. And I think one of the lesser-known commitments is the one to education — every player must take their education seriously, and players takes classes in order to maintain their academic eligibility. The Hitmen offer a specific online program for billeted players, but because I am local, I can take classes at a college nearby.

“There is such a professionalism, and excellence, in everything we do and how we carry ourselves. It was not until I became a part of the organization that I really came to understand that.”

In Volonnino’s first season, he registered 29 points in 46 games, but in the playoffs, he picked up his play with seven points in six games, a point-per-game pace that has continued this season with 21 goals and 24 assists in 45 games.

So as Volonnino finishes his second season with the Hitmen and exhausts his final year of junior eligibility, what would he like his junior legacy to be?
“I want people to know that I was a hard worker in everything I did, from hockey to life,” he said. “I gave my all in everything I did.”
And as the Hitmen eye a USPHL Premier championship, boasting the league’s highest-scoring offense and lowest goals-against average, Volonnino also has his eye on collegiate hockey.

“I am focusing on the remainder of the season and helping my team win a championship,” he said. “I have a few offers to play Division 1 hockey next season that I will take my time evaluating before making a decision.”
And if for some reason those offers do not come to fruition, and the opportunity to play Division 1 hockey is lost, would Volonnino feel like his career, to this point, is a disappointment?
“To be clear, it would be a bit of a disappointment, but just to me,” he said. “I don’t think my parents would think so, but they have been so supportive to me over the years, and have sacrificed so much, that I would be disappointed that I didn’t get further.”

If Volonnino continues his strong regular-season play into the postseason, you can bet that he’ll be able to continue the “Hitman Way” in college. 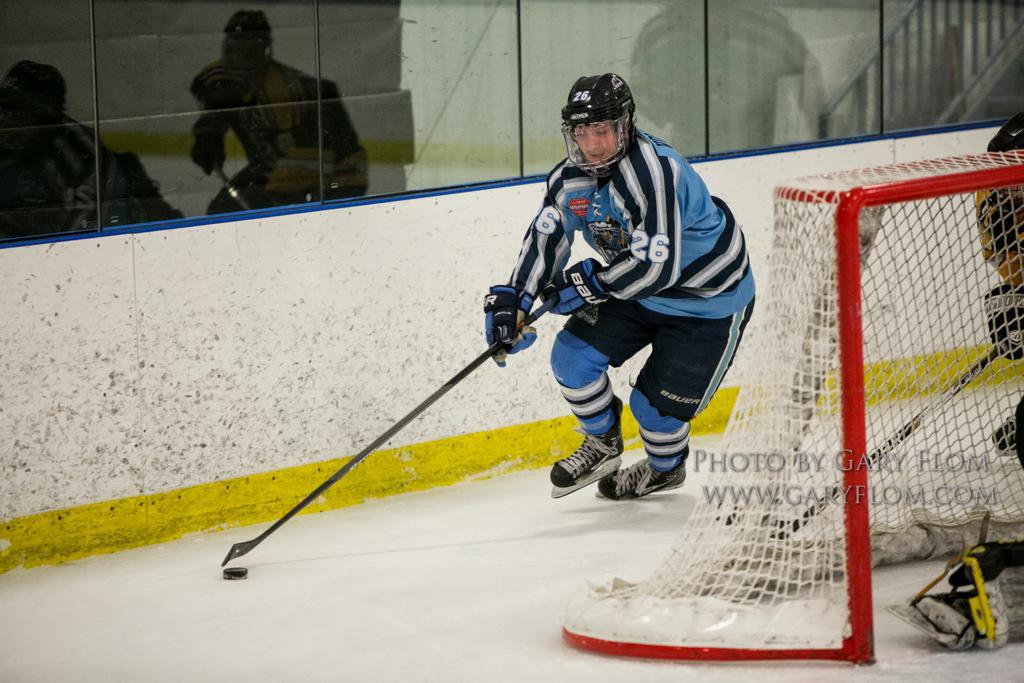 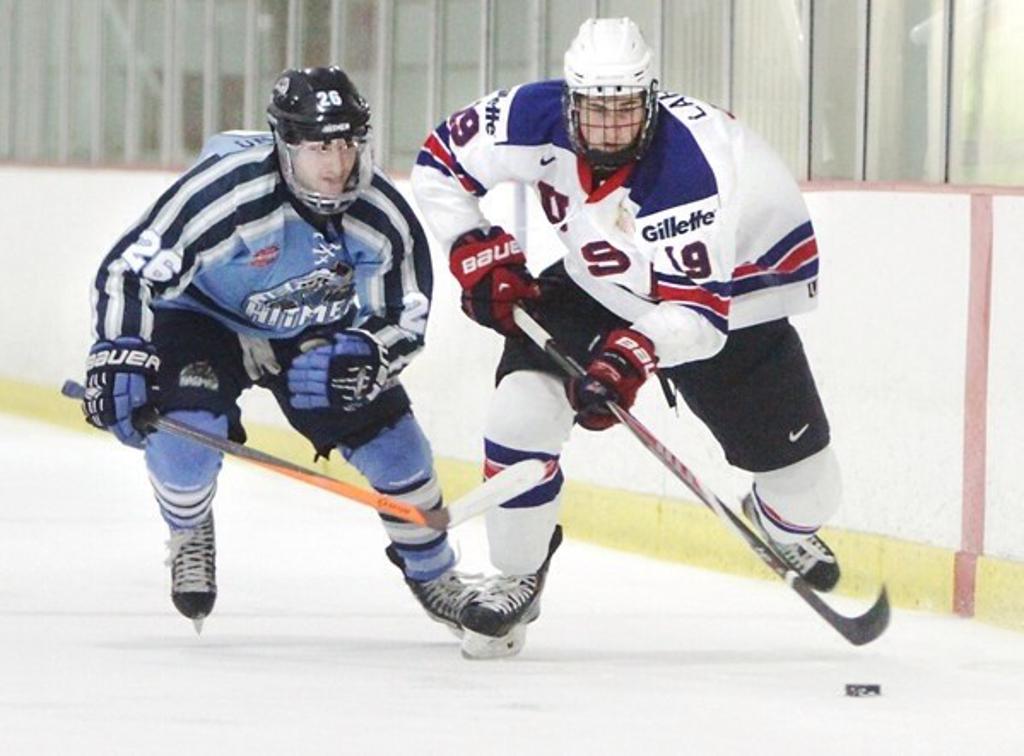