"Tufts was an easy decision for me. It had the three things I was looking for: great academics, great hockey, and a great city. The coaching staff and the players on the team were all very welcoming when I went on my visit, and I knew right away that it was the right place for me."

The Tufts University Jumbos (Boston, MA) compete in the NCAA Division III NESCAC and are currently 9-8-5 on the season.

"He's a guy we can use in every situation," said Head Coach Dan Marshall, "Cory is on our power play, penalty kill, and just one of our best players game in and game out. The other players respect his work ethic and he's been a perfect fit to wear the C."

"We're extremely happy with the progress Cory has made since getting here," added General Manager Ron Kinnear, "he's a clear leader on and off the ice and is a player whose work ethic personifies what we look for at the PAL Junior Islanders Hockey Club."

Gottfried had a lot of praise for his coaches as well.

"PAL has done a lot for me during my two years with the team. I have been skating with Coach Marshall forever, but this was the first time I got to play on a team that he was coaching. He's really helped me get to the next level and improve my game. Coach Galiani has taught me a lot about the game and never fails to share his experiences. Coach Liotti has greatly enhanced my play, having the opportunity to learn from someone who just finished his playing career is amazing. He constantly is sharing his knowledge of the game on and off the ice and never fails to teach us something new."

The PAL Junior Islanders wish Cory Gottfried the best of luck as he continues his hockey career at the NCAA level, but first, the Dineen Cup!

"We've all been playing this game for so long, and people look at us like we're crazy. But if I told them that after dedicating 18 years of my life to the sport I'd end up at Tufts University, I wonder if they'd still call me crazy." 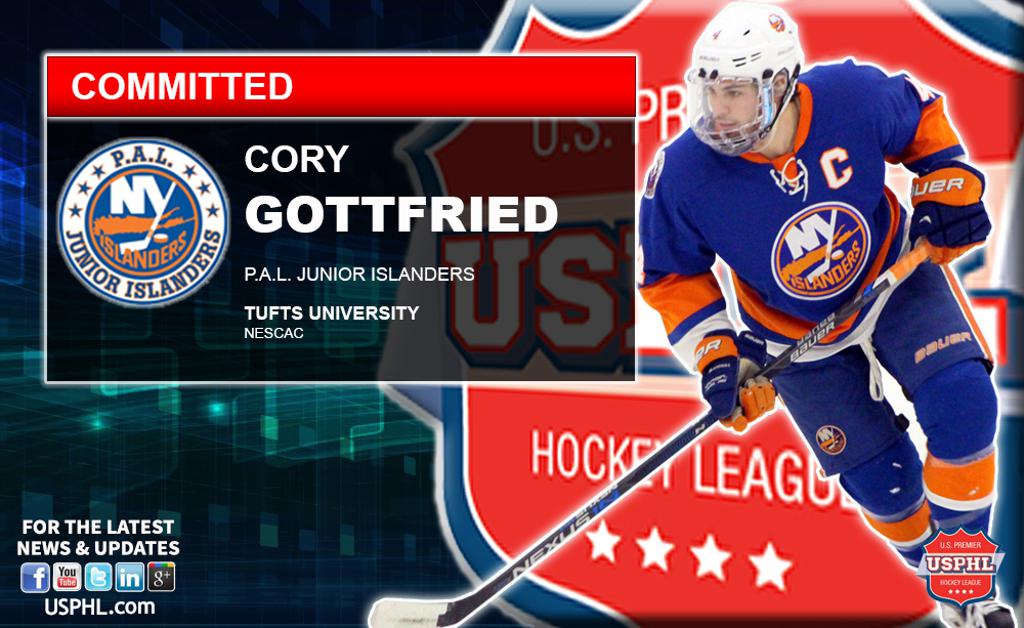