Share
Wayne, NJ - The Jersey Hitmen USPHL Premier Hockey Club is proud to announce that defenseman, Tanner Salsberry, has committed to attend Bentley University in the fall of 2016. A native of Cyprus, TX, Salsberry played his midget hockey for the Chicago Fury and head coach, Dennis Vaske, before moving onto junior hockey.
In 50 games this past season, Salsberry, racked up a scoring line of 4-28-32 and was an anchor on the back end for the Hitmen. "Bentley is getting a very mature player and person in Tanner," coach Harris commented. "Tanner is a fierce competitor that has really taken his game to the next level this season. Coming to the Hitmen as a 20 year old player, generally, what you see is what you get, but Tanner really worked on his 'defending' and really grew as a player this season. That hard work and effort in improving his game is what ultimately propelled him into becoming a division one defenseman. I could not be more happy for Tanner and his family!"

Salsberry, who was recruited for his offensive acumen, came to the Hitmen this past off season for two reasons. Exposure and coaching. Salsberry was impressed with the Hitmen's attention to detail in practice and their track record in improving defenseman. He also bought into the fact was the final piece of the puzzle that college scouts needed to witness to make him a DI defenseman was his overall ability to defend.

"I tip my hat to Tanner as down the stretch to a Dineen Cup Championship, it was his defensive pair that we matched up against the other teams top lines. He and his partner (Matt O'Donnell - UVM '16) earned that ice time. Coach Soderquist and the Bentley staff are getting a complete defenseman in Tanner." 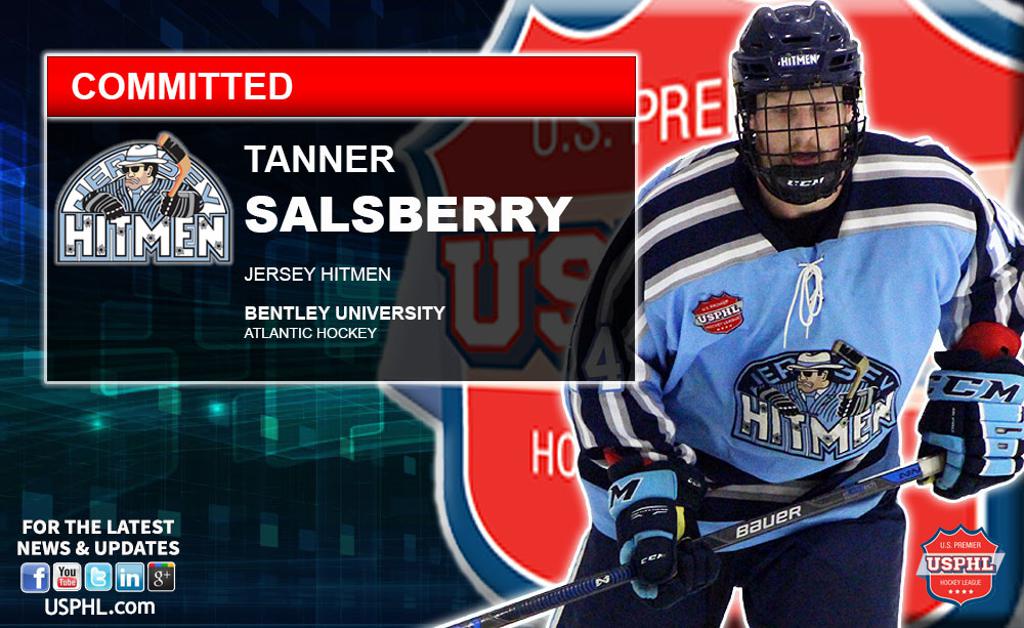