Share
MARLBORO, MA -Griffin, a Burlington, MA native came to the 16U team via the 2001 Minuteman Flames.  This season with the Junior Bruins 16U team, Griffin thrived as an underage player in the USPHL averaging just a touch over a point-per-game this season and finishing with a 16-46-62pts line and a team leading +22 rating in 61 games played.
16U coach, Topher Bevis, looked to Griffin early this season to help lead the way for the B’s offensively. “Robby proved that he was going to be an elite caliber player for us right from the get go.  His poise level is off the charts, and there isn’t a pass he cannot make.  Anyone that plays alongside Robby knows that he’s capable of getting you the puck at anytime and anywhere.”

The 16U team this year featured a highly skilled group of players while only having an average age of 15 in a league filled with 16 year old players turning 17.  Griffin, who started the year as a 13 year old, stepped right in and helped push the B’s to the Massachusetts District State Final Four in November, and ultimately to the USPHL Final Four in February.  A season highlight for Griffin & the team was a beautiful assist on a B’s goal in Detroit which helped push the team past #1 ranked Victory Honda in December.

Robby was selected to the USPHL All-Star game in January where he once again proved to be a premier prospect in the country.  Bevis adds, “Robby’s skating ability might be his greatest strength. He has an effortless stride but has the explosiveness to go with it when needed.  He has the ability and IQ to play any position on the ice and be a difference maker…and he is only just starting to reach his potential.  The sky is the limit.”

Griffin, who is returning to the 16U team next season, will look to improve on an impressive rookie campaign, and prepare himself for a great college career with the Huskies.  Congratulations to the Griffin family and Northeastern University! 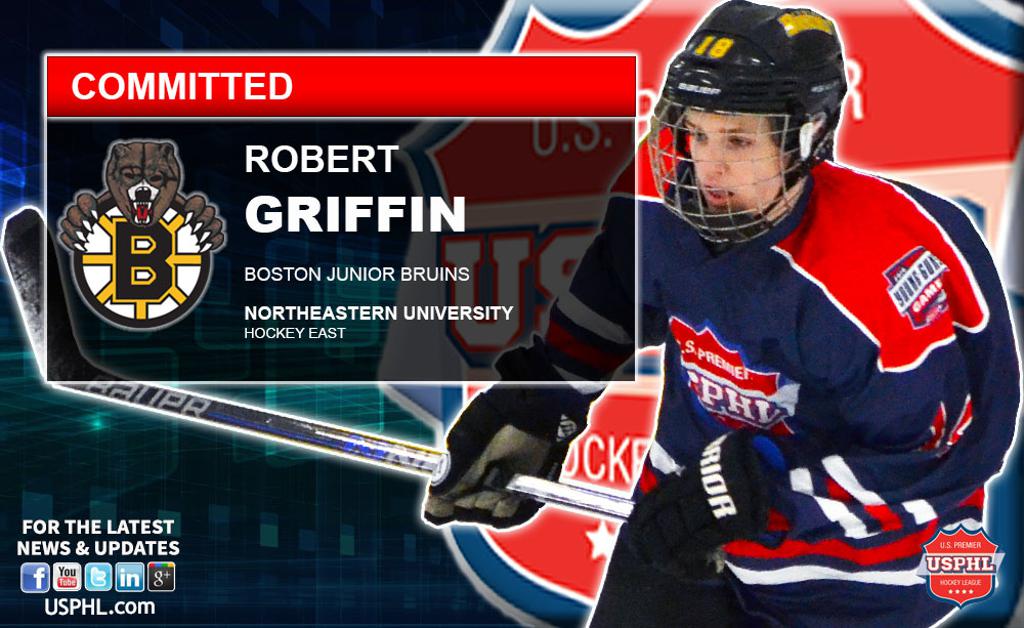