USPHL Is The Future of College Hockey: The Numbers Don't Lie

Share
The United States Premier Hockey League (USPHL) has carved a path all its own. 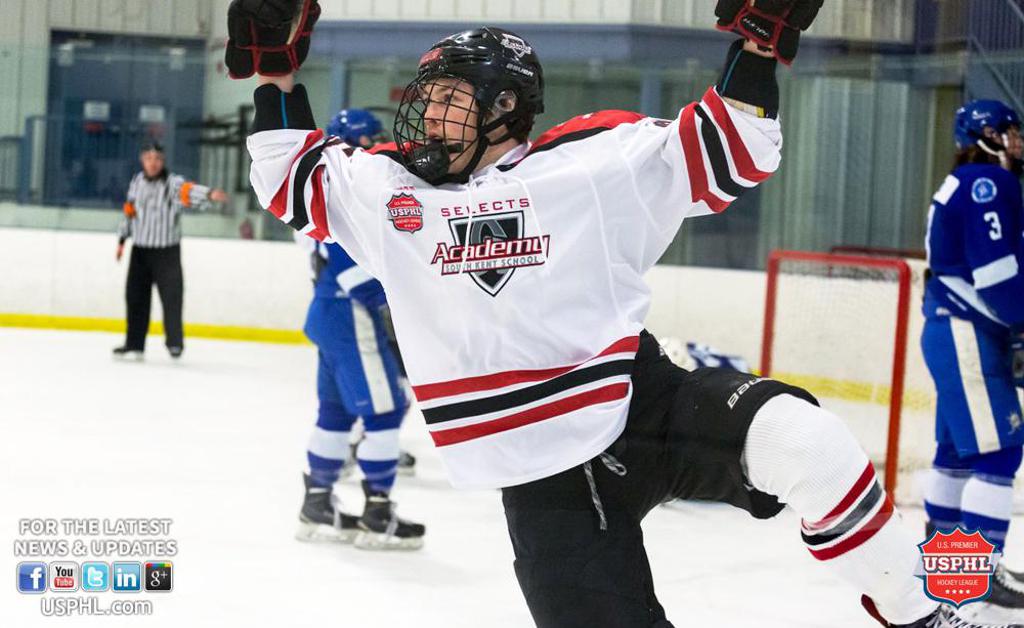 With more than 300 total collegiate commitments across all its divisions last year, the USPHL ranked second in the nation only to the USHL.
While this number is an outstanding achievement on its own, the league’s most glaring success comes in the NCAA Division 3 realm.
Parents, players, coaches and junior hockey fans are all too familiar with the limited amount of collegiate playing opportunities that exist for young hockey players. With just 60 schools participating in NCAA Division 1 hockey, the opportunities for players are more limited than most major Division 1 sports.
With this reality in mind, some leagues focus on NHL Draft picks and Division 1 scholarships. The USPHL ensures all its athletes, even those not destined for the Division 1 ranks, that they will find a place to succeed at the next level.
The USPHL has found major success placing athletes into the Division 3 ranks, which allows players to continue their playing careers, and more importantly their educations. With more than 150 Division 3 commitments, the USPHL’s success in finding its players homes at the Division 3 level is a testament to the league’s commitment to its mantra.
“Cradle to College,” a phrase championed by Jim Hunt, president of the perennially successful Jersey Hitmen organization, is a motto that has brought Division 3 coaches into league events in droves.
This mentality of grooming players from the Youth level to the Premier ranks has created refined athletes ready to immediately succeed at the collegiate level.
This developmental success and preparedness for college was most prevalent in the USPHL’s two most successful alumni: the NCAA’s last two Hobey Baker Award winners Jack Eichel (Buffalo Sabres / Junior Bruins) and Jimmy Vesey (New York Rangers / South Shore Kings).
One of the major factors working in favor of the USPHL is its large geographical footprint. Spanning as far west as Washington state, as far south as Palm Beach, Fla., and as far north as Boston, the USPHL now has member organizations in 20 of 50 US states.
This, of course, leads to more visibility and scouting opportunities.
Accessibility is not all the USPHL holds as a major strength among its competitors, as it is also the go-to choice for international hockey players.
With the addition of Team Beijing to the Elite ranks this season and the Okanagan Eagles, a European-based junior hockey organization, the USPHL is building a name for itself in the international realm.
Its seven participants in the World Junior Championships is yet another enticing piece to the puzzle drawing scouts from throughout college hockey.
As parents and players go through the difficult recruiting process they are posed with a lot of questions.
Where would I like to play? What would I like to accomplish in junior hockey? Where would I like to end up after my junior hockey career has concluded?
Why not look in the direction of the league that checks all the boxes. The league with the second-most overall collegiate commitments, the most Division 3 commitments, the most college-prepared athletes, the likes of Jimmy Vesey and Jack Eichel as alumni, a well-renowned league internationally, a league with a coast-to-coast geographical footprint visible to college scouts of all divisions.
When boiling it down to the simple statistics, it’s easy to see why college hockey scouts are choosing the USPHL.