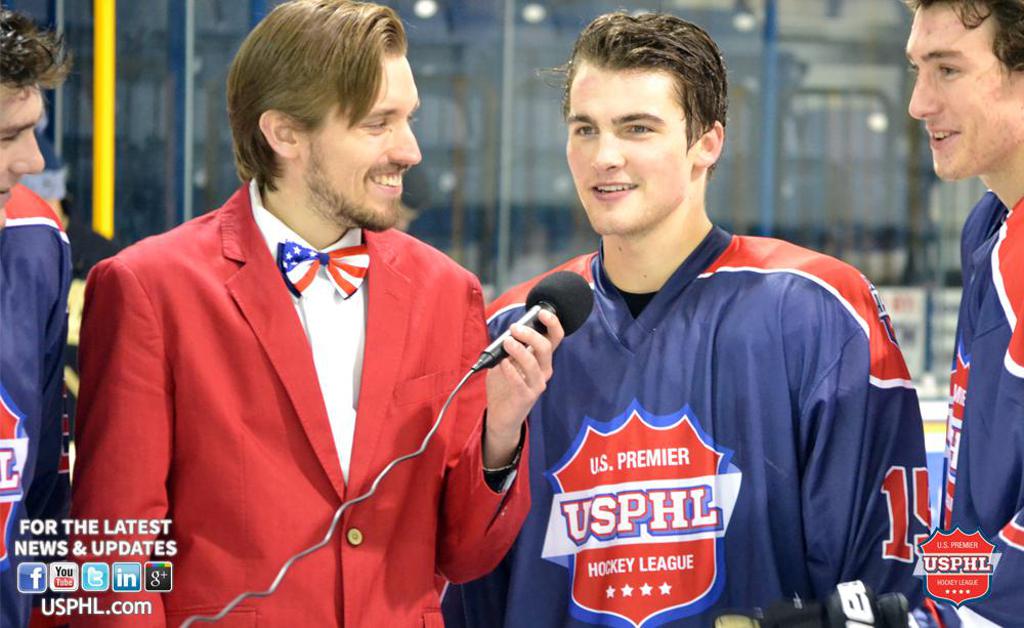 The All-Star game, which features top Premier division players, will be played at 3pm, while the Young Guns games, featuring top 16U and 18U division players, will be played at 2pm and 4pm respectively.
"The USPHL All-Star Classic is a celebration of the league’s top players and personnel," stated USPHL Commissioner Jeff Nygaard.  "The USPHL has some of the top talent from around the world playing within it, and we are excited to bring them in under one roof to see them compete”
During the previous season, the USPHL had over 300 players advance to the collegiate level; even more advanced to other levels of the game, establishing the USPHL as the foremost producer of player advancement in the United States.
USPHL member organizations each have a storied history of moving players to NCAA hockey and beyond. Examples of the organizations’ successes are players such as Zach Sanford (Islanders HC), Ron Hainsey (Springfield Pics), Charlie Coyle (South Shore Kings), Brett Pesce (Jersey Hitmen), and Frank Vatrano (Junior Bruins), all of whom are currently playing in the National Hockey League. Hobey Baker Award winners Jimmy Vesey (South Shore Kings), Matt Gilroy (South Shore Kings) and Jack Eichel (Junior Bruins) have also spent time with USPHL clubs.
Puck drop for the games is scheduled for 2 PM (16U Young Guns), 3 PM (Premier All-Stars), and 4 PM (18U Young Guns).
Tickets will be available at the Volpe Athletics Complex and the games will be broadcast on FastHockey.com.
More details on the 2017 USPHL All-Star Classic, including rosters and the unveiling of the uniforms, will be released at a later date.