Share
East Meadow, NY (December 13, 2016)- The PAL Blue Knights HP Youth Elite Showcase wrapped up on Sunday after a thrilling weekend of hockey from the 14U, 12U, and 10U Elite Divisions of the USPHL High Performance Youth Division. 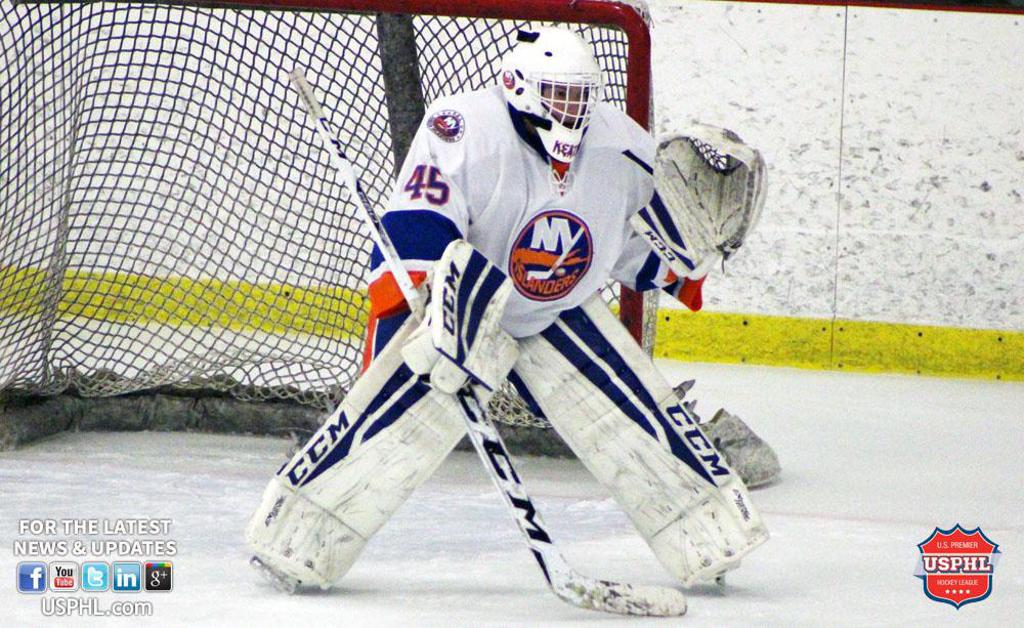 In the 14U Elite Division, the Westchester Express and New York Aviators each posted undefeated weekends. The Aviators began the tournament on Friday with a win over the PAL Blue Knights and continued to knock off the Potomac Patriots on Saturday before downing the CP Dynamo on Sunday.
Despite the loss on Saturday, Potomac had a great weekend, picking up wins in both of their contests against the CP Dynamo.
Westchester also left the weekend with three wins, defeating the CP Dynamo and New Jersey Rockets on Saturday and PAL on Sunday. The Rockets also skated by PAL on Saturday.
The Westchester Express and CP Dynamo ruled the 12U Elite Division action, with each achieving 4-0 weekends.
The CP Dynamo downed the Hartford Jr. Wolfpack and New Jersey Rockets on Saturday before skating past the Potomac Patriots and New York Aviators on Sunday.
For the Aviators, that was the only blemish on the weekend, as they posted wins over the PAL Jr. Islanders on Friday and Hartford on Sunday.
Westchester started off their weekend by defeating the PAL Blue Knights on Friday before downing the PAL Jr. Islanders on Saturday and the Wolfpack and Rockets on Sunday.
In their only other game of the weekend, the PAL Blue Knights picked up a win over Potomac on Saturday. Potomac then rebounded with a 4-3 overtime win over the Wolfpack later on Saturday.
The Rockets also grabbed wins over the PAL Jr. Islanders on Saturday and Potomac on Sunday.
In the 10U Elite Division, home ice treated the PAL Blue Knights well, as they defeated the New York Aviators on Friday and the New Jersey Rockets on Saturday.
The Rockets won both of their games against the Aviators over the weekend.