For Immediate Release: Blades Send Another to Framingham State University 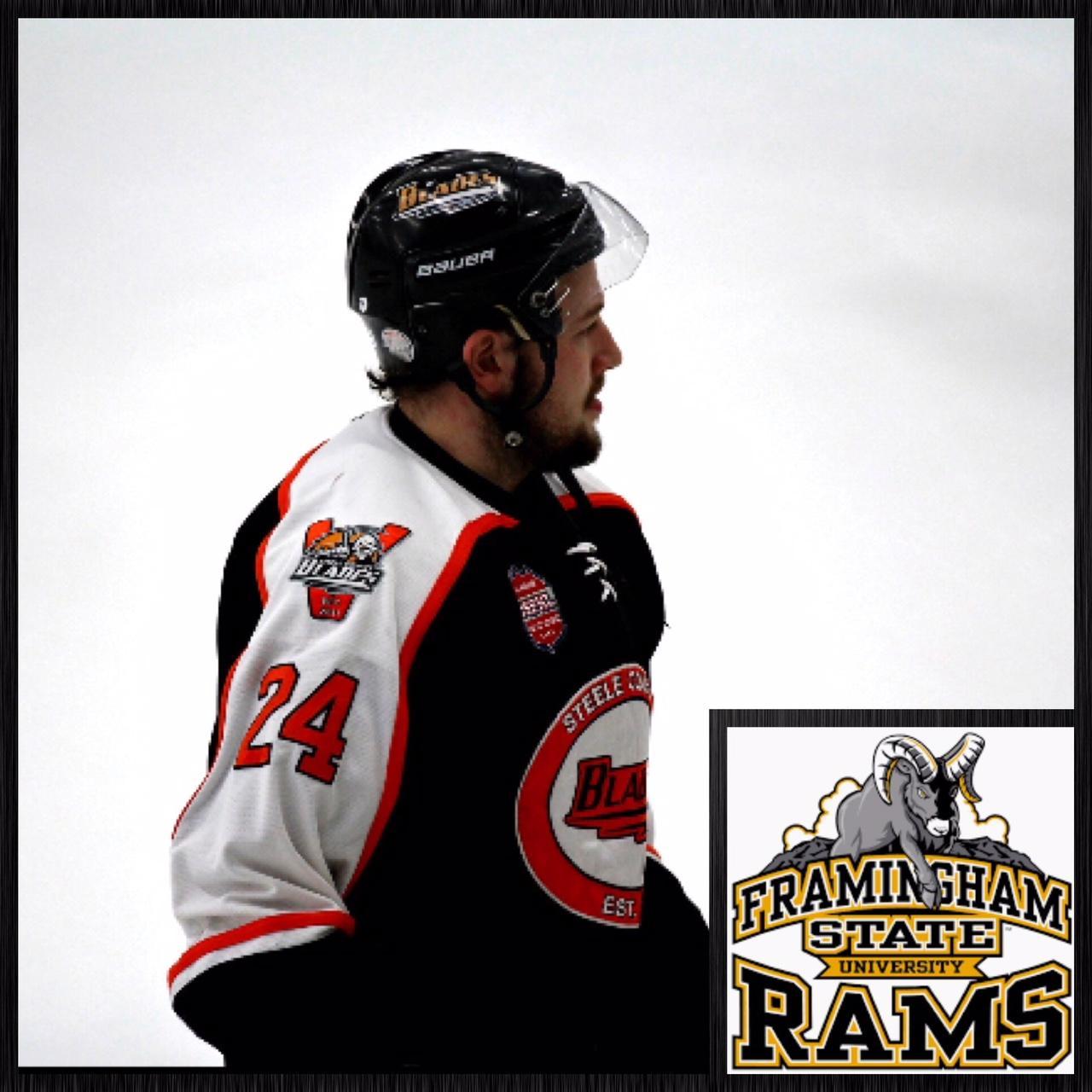 The Steele County Blades are proud to announce that Justin Movalli has committed to play NCAA hockey at the Framingham State University in the fall. Justin has played defense for two seasons for the Blades

The Gloucester, MA native played in 74 total games for the Blades over the last two seasons. He scored 2 goals and assisted on 21 others for a total of 23 points from the blue line.

Head Coach Nick Adamek had this to say about Justin’s choice. “We are very happy for Mo. He came here with the goal of becoming a college athlete and withstood immense pressure to get to where he is today. Justin is a fierce competitor that carries a team first mentality every time he steps on the ice. The Rams are getting a fiesty player that will work hard in the corners and in front of his own net to get the job done. Justin’s hard work in the classroom, in the gym, and in the rink have provided him this great opportunity. We know he will earn his success at the collegiate level as well.”

Framingham State University Head Coach Guy Angers added, “Justin is a big solid defensive defenseman that will block shots and pay the price. He is someone we really needed at our school”

“I’m excited to continue my athletic career and education so close to home, and with former teammates. I couldn’t be happier with my choice to go to Framingham State University,” said Movalli. “I’d like to thank Coaches Adamek, Mory, and Solari for helping me with this opportunity. I’d also like to thank the City of Owatonna and it’s great people for welcoming me and creating a second home during my two seasons there. I wish the Blades continued success. I am excited to see what the future holds for both the Blades and myself.”

Framingham State University is located in Framingham, Massachusetts about 20 miles from Boston. The Rams compete in the Massachusetts State Collegiate Athletic Conference (MASCAC) at the NCAA Division III level. The Rams are coached by Guy Angers who is back for his second stint as head coach. In 7 total years in charge of the hockey program, Angers in 72-94-7 for a win percentage of .436. The Rams had former Blades Erik and Soren Colstrup as freshmen in the program last season.

Movalli joins Blades Kyle Wadden (Morrisville St. College, NCAA Div. III) and Tristan Klewsaat (Waldorf University, NAIA) in committing to a school. The Blades will have more announcements of where their players will be headed shortly.