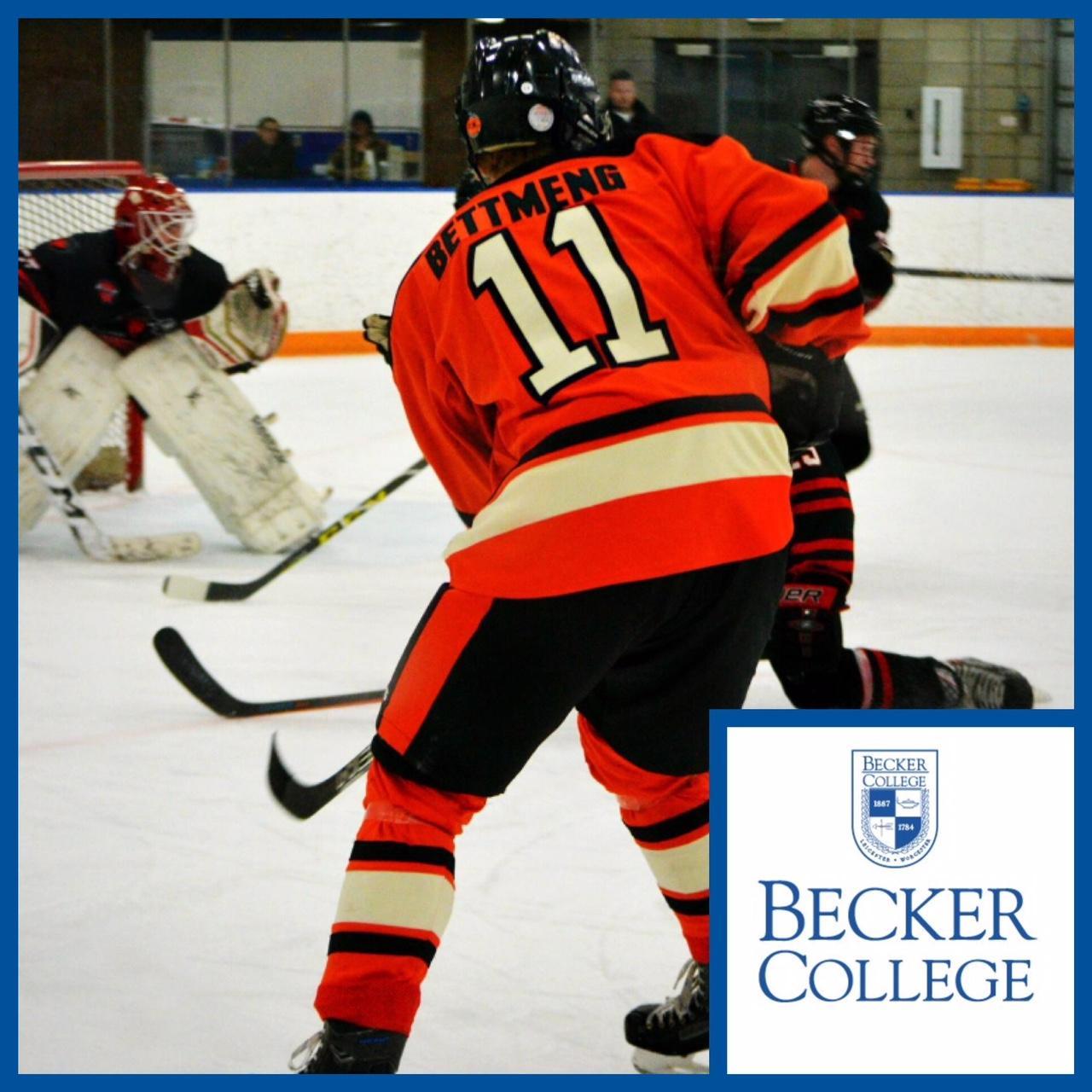 The Steele County Blades are proud to announce that Zach Bettmeng has committed to play NCAA hockey at Becker College in the fall. Zach has played a huge role upfront for two seasons with the Blades

The Sioux Falls, SD  native played in 66 total games for the Blades over the last two seasons. He led the team this season in total points and averaged over a 1.2 points per game over his two years in Steele County. In total, Zach scored 40 goals and 42 assists for a total of 82 points

Head Coach Nick Adamek had this to say about Bettmeng’s choice. “Not many players work as hard on his game like Betty does. Through this hard work, Zach has earned an opportunity to play NCAA hockey. We can not say enough about how good of a person Zach has been for our team and our community. It’s easy to comment on how skilled he is, everyone can see that; however, most don’t see the work that has been put into his craft, that’s what makes this special. Hawks Hockey is getting a fantastic person and we couldn’t be happier for him.”

Becker College Head Coach Michael Chartrand added, ““We are extremely excited that Zach has chosen Becker College to continue his hockey career as a student athlete. Coach Adamek and the Blades organization have done an excellent job preparing Zach to play at the next level. I know I am getting a player who will play the game the right way and will be a positive addition to our locker room for the next four years.”

“Thank you to Coach Nick and the whole Blades organization on helping me further my career to this point. I really developed as a hockey player and young man while playing in Owatonna. I am excited to be furthering my career while attending Becker College. As a team, we visited Becker in January and I was very impressed with the campus  as well as the hockey facilities. It will be a privilege to rep blue and silver for the next four years” added Bettmeng.

Becker College is located in Worcester, MA, about 50 miles from Boston. The Hawks compete in the Commonwealth Coast Conference (CCC) at the NCAA Division III level. The Hawks are coached by 2nd year head coach Michael Chartrand.. Under his guidance, Becker College is 11-37-2 for a win percentage of .240. After four seasons of assisting in the program, Chartrand took over for Steve Hoar, who passed away in 2016.